Throughout this in-depth look at the book of Jonah, our primary focus has been on our own similarities to Jonah; his fear, his failure, his success and his pride. Jonah’s adventure serves as more than just a fantastical story that teaches us to faithfully serve our God, even when it seems illogical, it is a direct representation of the gospel. Even Jesus drew that parallel in his time walking the earth. Jonah was called to reach a people that had rejected his own, Jesus came to reach us when we rejected him. Jonah was thrown from the boat and swallowed by the sea for three days, Jesus was thrown from humanity and swallowed by the grave for the same duration. Jonah’s presence in Nineveh led the city to redemption, Jesus’s time on earth leads the world to redemption. Jonah and Jesus take separate paths from this point forward.

Jonah’s story parallels ours at many turns as well. Jonah was prejudiced toward a people who left scars of hate on his homeland, we (whether or not we’ll admit it) have the the same tendencies toward bigotry. Jonah came face to face with his fear and ran the other direction. Our society leans upon a “path of least resistance” philosophy; if it feels good, do it, if it doesn’t, don’t. Even when Jonah conceded and accepted his responsibility to reach the Nineveh, he did the bare minimum required by God and expected substantial reward for his efforts. Going above and beyond is a lost art in modern culture while entitlement thrives. We do the least required of us in our jobs, our homes, even our hobbies, then call foul when we a passed over for that promotion, when the chores aren’t done, or when someone else earns higher honors for doing better work. We are Jonah.

The parallels of Jonah to ourselves is not limited to the main character, we often share traits with Nineveh. Nineveh chose to live by their own rules regardless of who it hurt, many of us live in the same obstinate disobedience. Like Nineveh, we have a Jonah that will lead us to redemption in the person of Jesus. The decision to follow is ours.

Our directive is simple; get up. Go. Live so that you will be missed. Where should you go? Attack that area of your life you fear most, the sin you just don’t want to let go, the characteristic that is more comfortable to keep rather than change. Once you’ve conquered your own demons, lead others to conquer theirs. 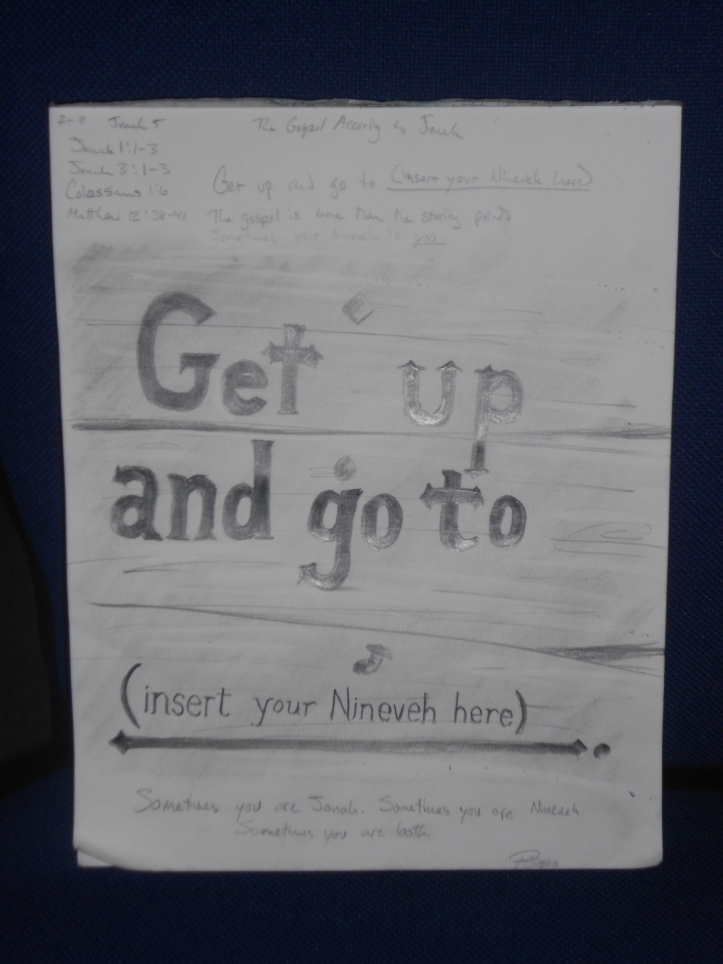 Who'd want this set in your family room?
Digital rendering
Outdoor accent chair on the drawing board for Memorial weekend
Mother's Day puppy stairs!
Completely sold on the colors and styles happening in Alden Parkes' showroom this market! Proud to have played a role in bringing these to life! #hpmarket #style #design #furniture
Guys night.