Freed to Give – a prophetic art experience

Today, I experienced an emotion to which only artists can empathize; ‘creative exhaustion’. Simultaneously high from creating something that did not previously exist and emptied from having left part of your soul within that creation. This is the story of that creation. 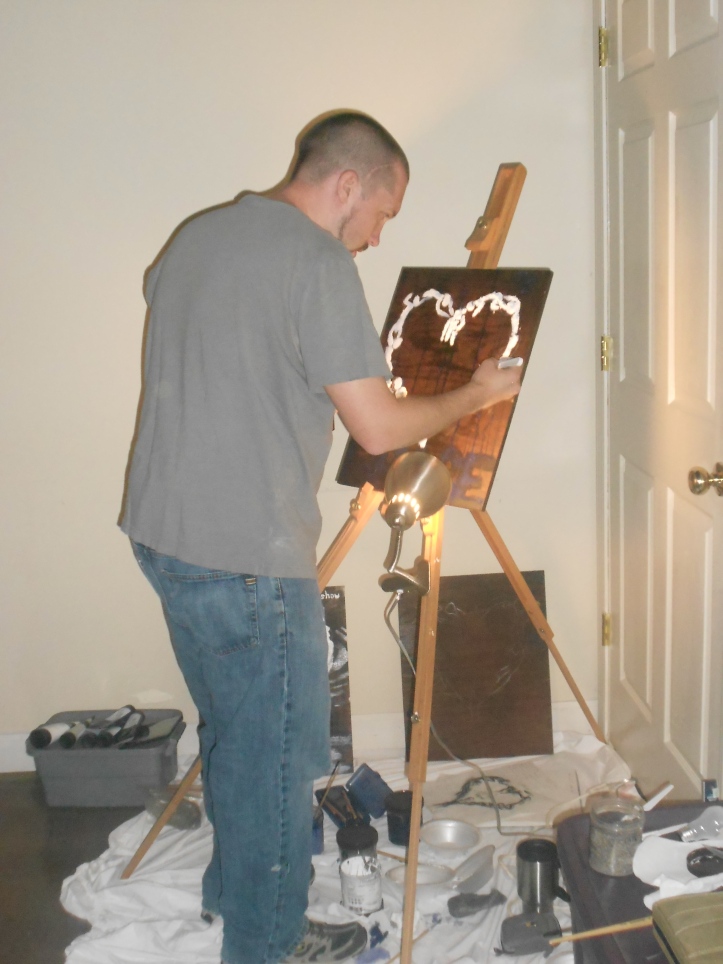 Humans are designed as interdependent beings. Beginning with our introduction to a carbon-based environment, we depend on other people for our basic survival. Though our needs evolve over time, our fundamental design to live in harmonious dependency on one another remains constant. This is God’s intricate design.

Starting with the very inception of the human species, man could not thrive on his own. Recognizing this, God separated one organism into two, making them an interlocking match for each other. I do not believe the separation of humanity into male and female was an afterthought for the Creator, it was critical to his design. Obviously, the male and female designs define the mechanics of procreation, critical to the sustainability of the human species. God also designed our minds to be free and self-assured in this design of life. Men are not stubbornly confident because we are jerks, it’s a critical part of our psyche included since day one. Understand His creation, God put the man in a position where he had to choose the woman. In choosing to join themselves together, God freely gives His creations to each other, joining them together as one being and designing the institution we call marriage. One that was made two is now made one.

Dependency on the abilities and service of another human being is not weakness, it is what makes us human. Refusing to embrace our need for others leaves our souls malnourished. Rejecting opportunities to serve another is abuse.

Creating unity by dividing humanity is the basis of today’s work. At the top center of the image is a single, crouched form. The figure then splits like a dividing cell into two individuals. The unique organisms then dance along their paths, becoming their individual selves. At the location where their paths cross, the two reunite into a single body. This is marriage, as God designed. 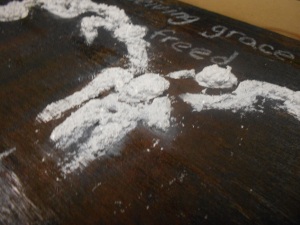 Recreating this into today’s piece, I combined acrylic paint with fine, sandy rock which exists in the foundation of a gravel road. The rock and paint mixture created a mortar-like paste which made the creation of today’s figures as much a process of sculpture as it was painting.  This process created shapes with three dimensional body and an organic feel that makes your mind expect the figures to morph into dancing with each other on the page.

Establishing the existence of marriage as two created individuals choosing to unify themselves as one through their Creator leads us into the next logical question, but often hardest one to ask, how can two individuals successfully operate as one? The answer, though easy to say, is much harder to apply; selfless mutual submission. By each letting go of what they hold most dear for the sake of fulfilling the other’s desires, they both grasp hold of what they will most cherish – unity. This philosophy is true for every relationship from exclusively romantic to complete strangers; asking one simple question will redefine human encounter and construct a legacy, one person at a time. How can I serve you? Before being able to pose this question honestly, one must first choose to lay themselves and their desires down. Your most perfect façade will not conceal your ulterior motives.

Refusing yourself the satisfaction of gaining for yourself is no easy task; it is a choice that must be made constantly. In every moment, making yourself look for opportunities to serve those around you, this is the attitude suggested by 1 Thessalonians  5:17. To pray without ceasing and give thanks in everything is to be aware of what you have been given and constantly be looking for ways to serve others because of it. What’s to stop people from taking advantage of me if I really do this, you may protest? Grace.

Grace is being able to forgive those who abuse you, wisdom is not enabling that abuse.

Forgiven people forgive. Without letting yourself experience grace, you refuse yourself the ability to show grace. Grace is the foundation of every positive relationship because no one can achieve perfection. At some point, on some level, people will let you down. Serve them anyway. Occasionally, the words and actions of people will hurt you. Be kind to them still. A day will come when another maliciously inflicts pain in you. Graciously love them despite it. 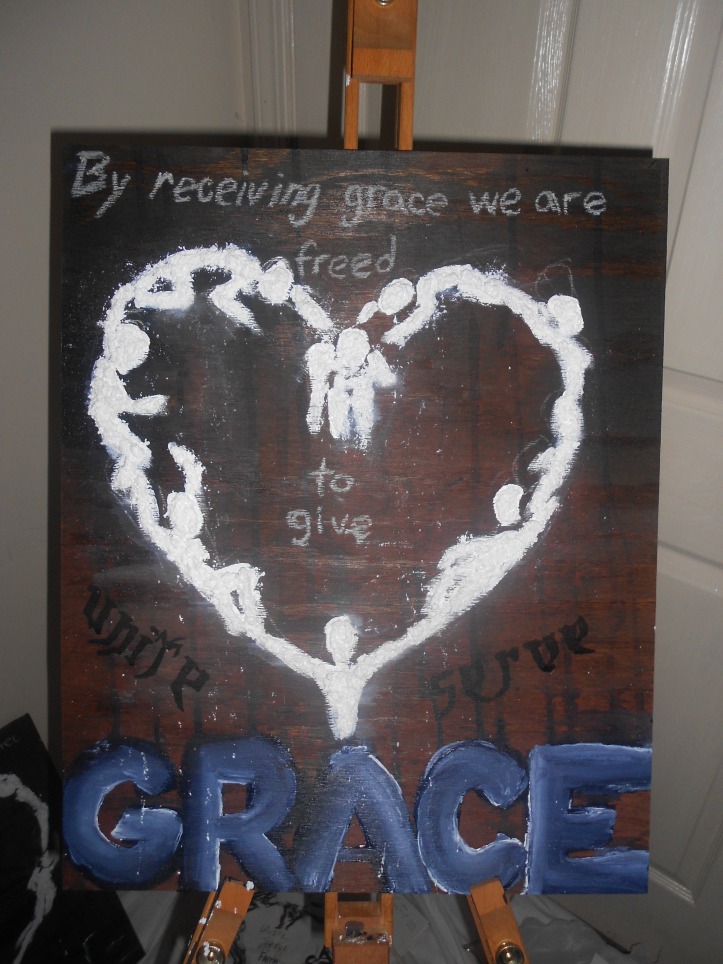 The paths followed by the figures in this image trace back to create a heart shape with an open center. God did not design marriage to benefit us. In its proper form, it reflects His nature to the world. The open heart. Two people, remaining individuals but united as one, serving each other and those around them. This is by design.

Know your friends well enough to know their needs. Serve them freely.

Know the needs in your community. Join with others to fill them.

Everyone wants to give to charity, but no one wants to be charity. Until you learn to receive, you will never truly know how to give. Only by experiencing grace are we freed to give it to others.